In July 2009, Fling gave birth to six puppies.  Five were black and tan and one was a ruby.  Both parents were black and tan, so a ruby puppy, although not entirely out of the question, was certainly a delightful surprise.  Most of the puppies weren’t named until they were ready for their new homes; but because she was the only ruby, I called her “Token” from the beginning.  It was difficult to determine whether Token really was as precocious as she seemed, or whether she just stood out more because of her different color.  In any case, she always seemed a day or two ahead of her siblings in each developmental achievement.  She was the largest of the female pups, and had an outstanding, outgoing personality.  Everyone loved Token.  Here she is standing out — and falling asleep while crawling out: 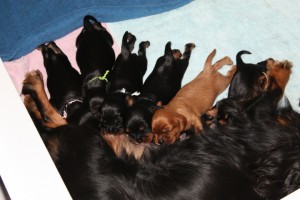 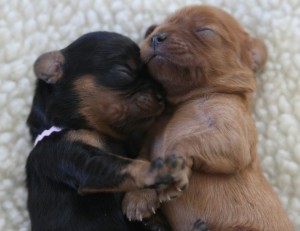 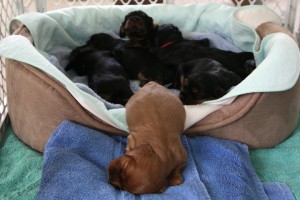 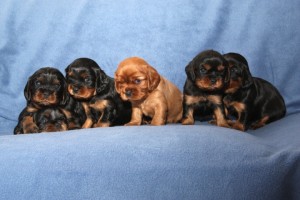 When the time came for the pups to go to their new homes, Token went to live with a couple who had two large German shepherds.  I wasn’t worried about the issues this presented or about Token’s safety in their household.  First of all, these people were very experienced dog owners, and I trusted their knowledge and skill.  I had Kuvaszok and Scottish deerhounds when I got my first Cavalier – both breeds weighing in around 80 to100 lbs – and dogs have a way of figuring out how to play with each other in spite of the difference in size.  Secondly, Token had plenty of attitude.  These folks wanted a female pup, and of the three females in the litter, Token was the best equipped for their home.  She had a big dog personality in a little body, and I knew she could handle it.

The pups were born on Bastille Day, so each was registered with a French name.  Token’s registered name is Halfling Symbolique, but her call name is Bisou which means “kiss.”

So, here are some current photos of Bisou with her families: 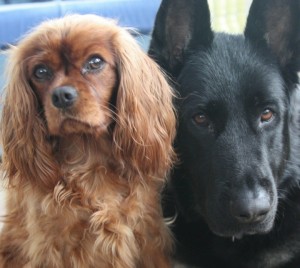 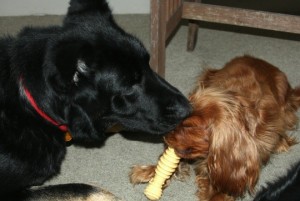 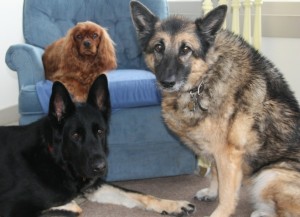 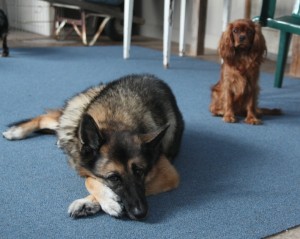